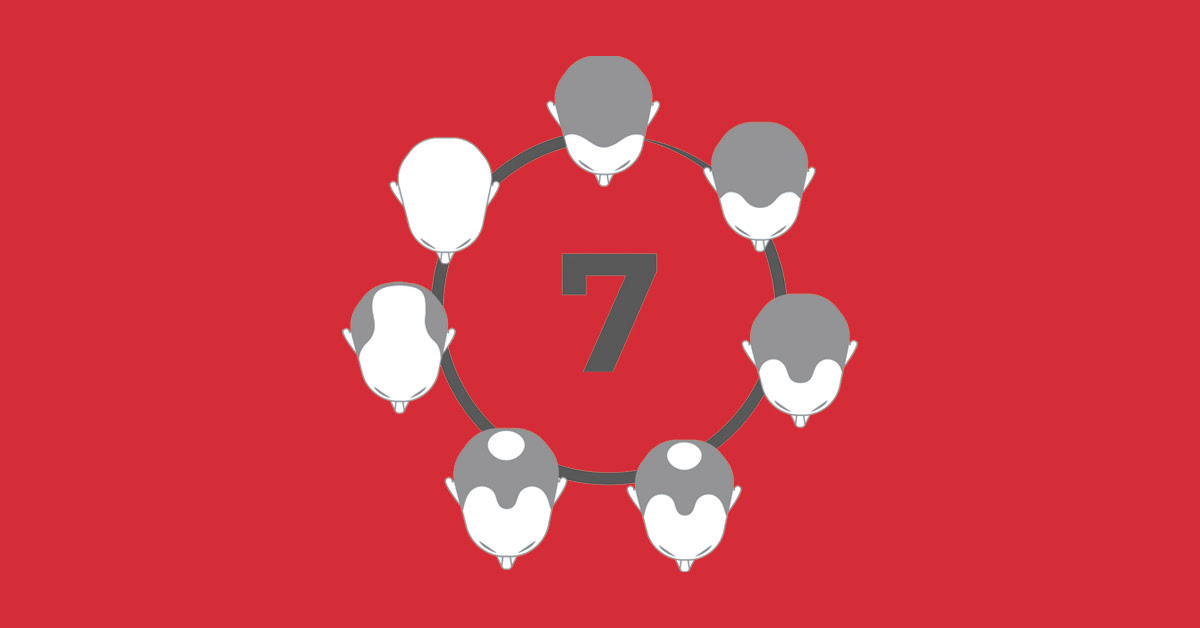 At what stage your hair loss, there are 7 several stages of hair loss in men. Losing hair can be a traumatic experience but thankfully, for most men, losing their hair is a process that takes time. It doesn’t happen all at once.

Are you familiar with the Norwood scale, also recognized as the Hamilton-Norwood scale? It is a classification system that measures male pattern baldness. The system was developed by Dr. James Hamilton in the 1950s and later revised in the ‘70s by Dr. O’Tar Norwood.

The scale reveals that men lose their hair in stages and patterns. Men whose hair begins to recede at the temples are in good company, as this is the most common stage of hair loss, combined with loss on the crown of the head and overall thinning that don’t change the look of the hairline.

The Several Stages of Hair Loss

A man who is in the first stage of hair loss will notice minor loss and very little if any at the hairline. At this stage, the loss of hair is barely noticeable and causes little reason for concern, that is, unless you have a history of baldness in your family. Most men don’t seek hair treatment at this stage of hair loss, though they should pay close attention to how it plays out in the future. Monitoring the loss over time will assist in deciding if and when they may want to seek treatment.

Stage 2 in the process of hair loss is a bit more noticeable than Stage 1. It involves areas of loss that tend to be symmetrical. A man with Stage 2 hair loss will notice that his hair is disappearing in a triangular pattern and recedes at the temporal area. The loss will be noticeable in front of the ears and the fullness of hair that was once front and center is depleting. The loss is obvious.

Baldness occurs at Stage 3 as the recession of hair is great at the temples and the loss is symmetrical and quite deep over the head, including the crown. There is also loss at the temporal hairline.

Obviously, with each stage of loss, the loss of hair is greater. Hair on the crown is significantly missing. A man in this stage of hair loss might have a bridge of hair between the temporal area in the front and the crown. This band of hair connects the hair on the sides of the head.

Men at Stage 5 may consider this the beginning of the end. The next stage marks severe loss. Stage 5 includes extreme recession at the temporal and crown areas of the head. The bridge between the two remains but is much thinner. It is also narrower, and the losses are more apparent as they are larger.

The bridge of hair between the crown and the front of a man’s head all but disappears in Stage 6. There may be a few strands that remain, but there is a definite “U” shape to the hair pattern. The hair along the side of the head will thin further at this stage.

Stage 7 is the final stage of hair loss. There may be a small ring of hair at the back of the head and along the sides of the scalp, but that’s about all.

The saving grace about the stages of hair loss in men pattern baldness is that the gradual loss allows men the opportunity to investigate their options. MAXiM Hair Restoration is here to help you to navigate those options and to apply solutions.